I went to a baby shower a while back and had the most amazing almond cake with raspberry filling.  This cake was so good that it has been in the back of my mind ever since.  So, when Aunt Cathy asked me to bring dessert to Easter dinner, I immediately knew what flavor combo I would be using.  But let’s be honest.  I don’t exactly have time to make an extravagant cake.  So, I went an easier-to-eat, easier-to-make, semi-homemade almond raspberry cupcakes recipe.  After all, box cake mixes nowadays are pretty darn good.  By taking a shortcut with a box mix, I was able to make a seemingly fancy cupcake with a fraction of the effort.

So, just how easy are these almond raspberry cupcakes?  Well, keep reading and you’ll see that my recipe calls for a mere 8 ingredients (9, I suppose, if you count water as an ingredient).  8 ingredients… for a cupcake, filling, and frosting!

Did you like this recipe?  Check out my “homemade” chocolate strawberry cupcakes made with two box mixes! 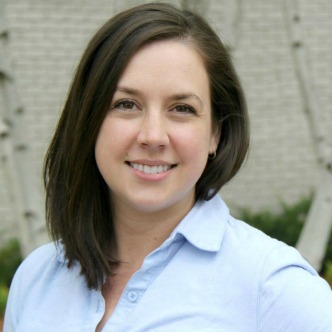 I’m Aimee, The Crazy Craft Lady. I strive to make my home a more stylish, organized, and creative place, while keeping things uncomplicated and budget-friendly. Here you will find DIY projects, seasonal decor and crafts, recipes, and organizing tricks. I hope you stay awhile and leave inspired.